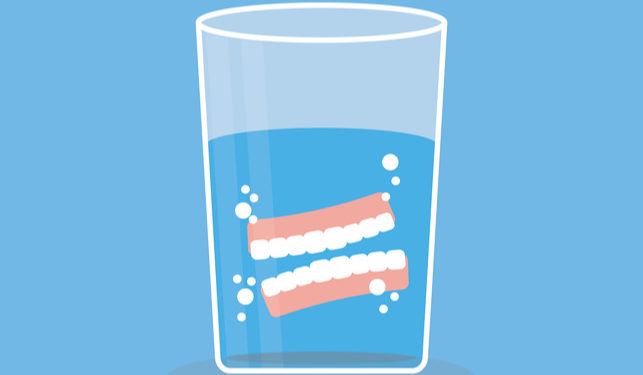 Dental history is a winding story of tools and gadgets that helped humanity get healthier teeth. But, what happened when someone in the ancient world lost a tooth too soon? Here’s the odd history of fake teeth.

The oldest dentures ever recorded date back to around 2500 BC, and were found in Mexico. Excavators estimate that the ancient dentures were made of wolf’s teeth, specifically, wolf molars. However, they were unable to confirm the specific animal origin of the false teeth.

The Etruscans are famous for their many advances in medicine and science, and they also applied their focus to dental care. Around 700 BC, the Etruscans figured out a better way to replace teeth: by using gold wire to hold false teeth in the place of missing ones. The fake teeth were often human, or animal teeth.

Many methods similar to the Etruscans’ were popular until the 16th century, when Japan invented wooden dentures. These wooden dentures were made by taking softened beeswax and making an impression of the person’s teeth. Then, an artisan would hand carve teeth to match the impression, and then set the new teeth on a soft mouth guard made of beeswax.

France was making huge advancements in dental technology in the 18th century. In 1728, Pierre Fauchard wrote about crafting false teeth from wire brackets and hand-carved animal bone. In 1774, Alexis Duchâteau made the first porcelain dentures. While they looked aesthetically pleasing, the pure porcelain was prone to chipping and cracking.

In 1820, a jeweler and goldsmith named Claudius Ash made a huge advancement in denture knowledge and craftsmanship. He decided to mount porcelain on 18-karat gold plates with gold springs and swivels. This reinforced the porcelain, and resulted in dentures that work well and looked natural.

In the 20th century, acrylic and rubber compounds were introduced into the construction of false teeth. Modern dentures are constructed of a blend of acrylic resin, metal, and sometimes porcelain. Now, modern consumers can purchase either partial or complete dentures, depending upon what their dentist recommends. Most sets are so meticulously built that they are easily mistaken for real teeth.